Art in the Time of Pandemic, a Postscript


It turns out there is a Saint Corona, protector against pandemics. 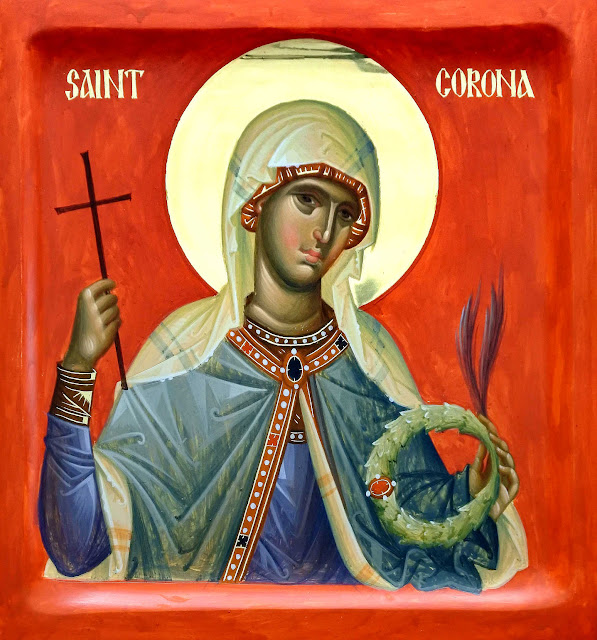 Contemporary icon of Saint Corona; unattributed image from the internet

According to legend, 16-year-old Stefania comforted Victor, a Roman soldier, who was being tortured for his Christian beliefs. When the soldiers arrested Stefania for offering succor to the dying man, she revealed her own Christianity in solidarity with his. Victor was beheaded after his eyes were gouged out. (Other sources say that he was tied to a pillar and whipped until his skin fell off.)

Stefania also met a violent end. As punishment for her beliefs, she was bound to two tall palm trees that had been bent down to the ground. When the ropes holding the trees were released, the trunks sprang back upright, tearing the woman in two. In martyrdom she became known as Corona because just before death she revealed that in a vision she had seen a golden crown, or corona.

This story dates to about 170 A.D. The location varies according to the teller. The Greeks say it was Syria, while the Romans say it was Sicily.

Santa Corona is venerated in Italy, particularly northern Italy and up into Austria and Bavaria, as the protector against plagues and epidemics (although Snopes begs to differ on the pandemic angle). Saint Corona’s remains are enshrined in the cathedral in Aachen, Germany, and in the church of Saints Victor and Corona in Anzu, Italy, the latter located in the epicenter of the Italian outbreak. Her feast day is May 14.

I long ago walked away in disgust from the Catholic church and have no ties to any organized religion, but I must admit that I love paintings of the saints (especially from the Italian Renaissance) and am enamored of the voodoo attributed to them. In this pandemic, which we are learning will be with us for a very long time, whatever ways we connect to the Universe can’t hurt.

Left: Portion of an altarpiece showing Saint Corona, attributed to the Palazzo Venezia Madonna. Note the golden corona she is holding. Image in the public domain, via Artnet

Below: Page from the Menologion of Basil II, an illuminated manuscript designed as an Eastern Orthodox Church service book. The image depicts Saint Corona tied to the palm trees and the just-beheaded Saint Victor
Image from the Vatican Library 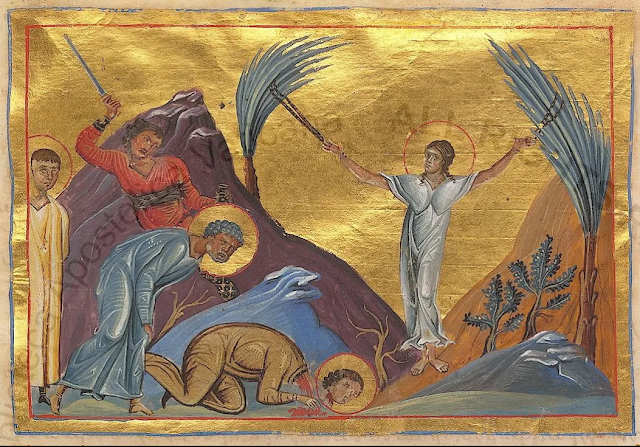 .
If you are moved to support this blog, the Donate button is on the sidebar just down from the top. You don't have to drop a bundle; a donation the amount of a movie ticket would be most welcome. Thank you.
Posted by joanne at 10:48 AM

This virtual group show at Addington Gallery in Chicago brings together gallery artists in an exhibition of affordable small works. This pandemic offers the perfect time to refresh what's on your walls. Click pic for more info 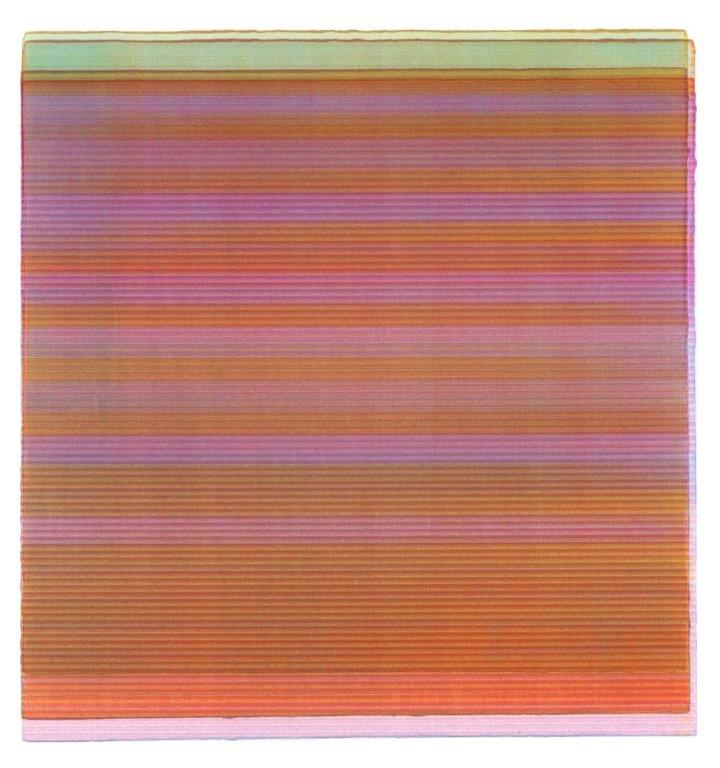 Postponed until September: "Hue & Me" at Addington Gallery 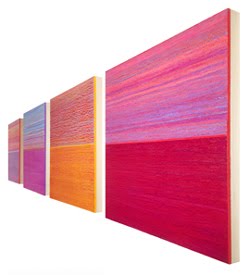 My paintings are reductive but not minimal, as there's a lot going on over and under the surface. My first solo show with Addington gallery will feature the largest work to date in my "Silk Road" series, 24 x 24 and 36 x 36 inches. The paintings are executed in encaustic--pigmented wax applied when molten--so sustaining the edge-to-edge swipe is an ongoing challenge. Here, four of the newest paintings, all 2020, encaustic on panel,. 24 x 24 inches. Details and links to come 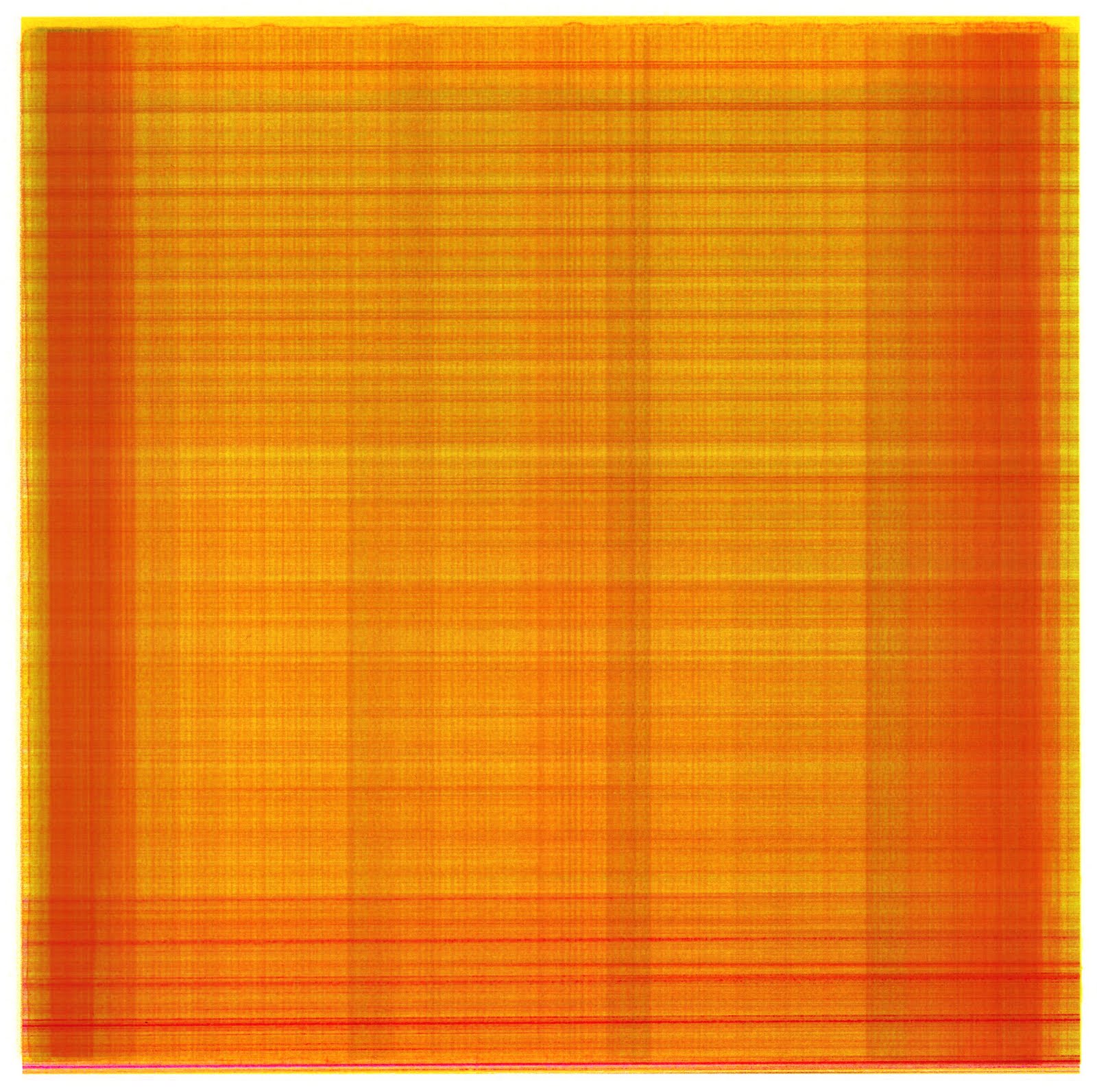 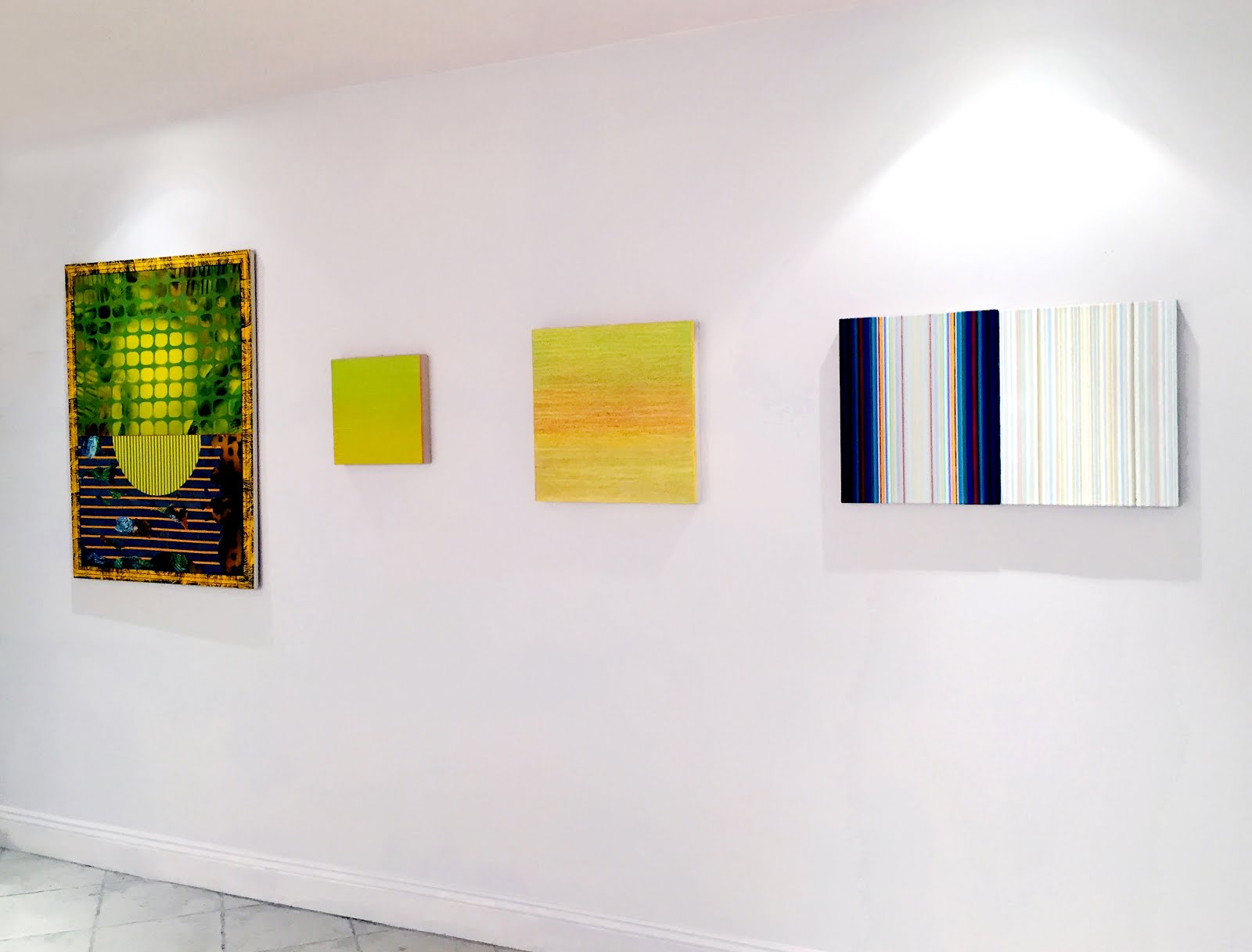 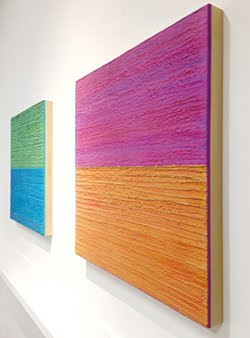 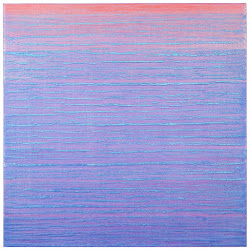 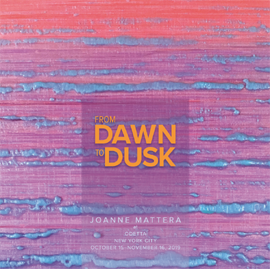 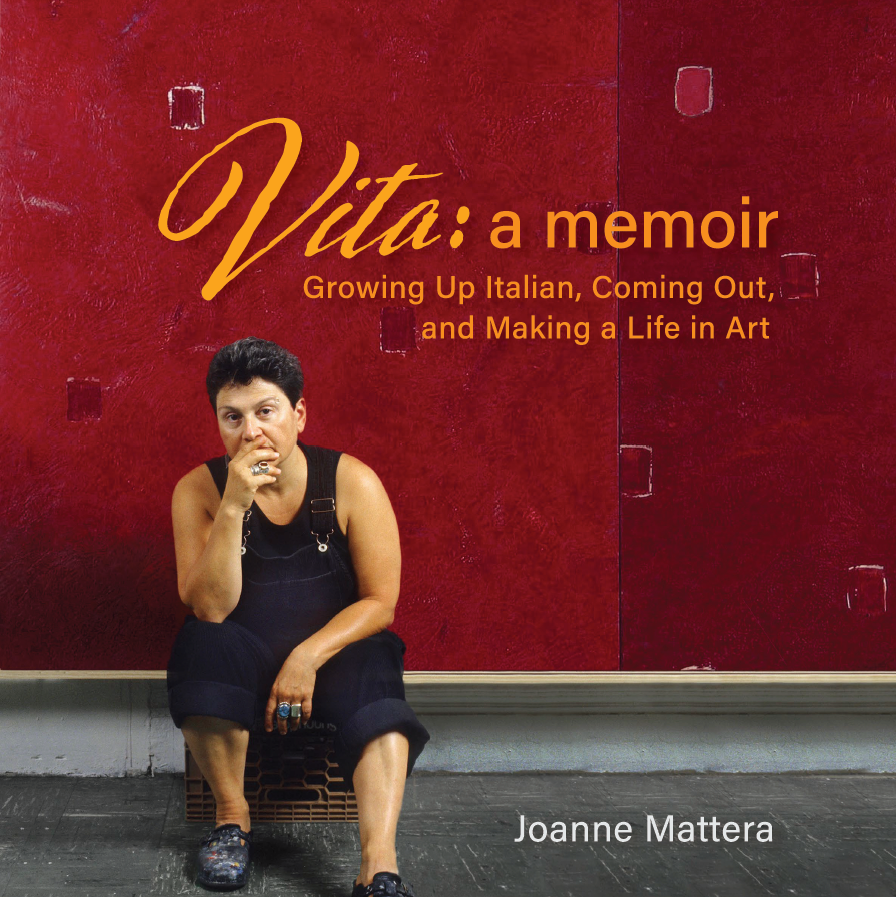 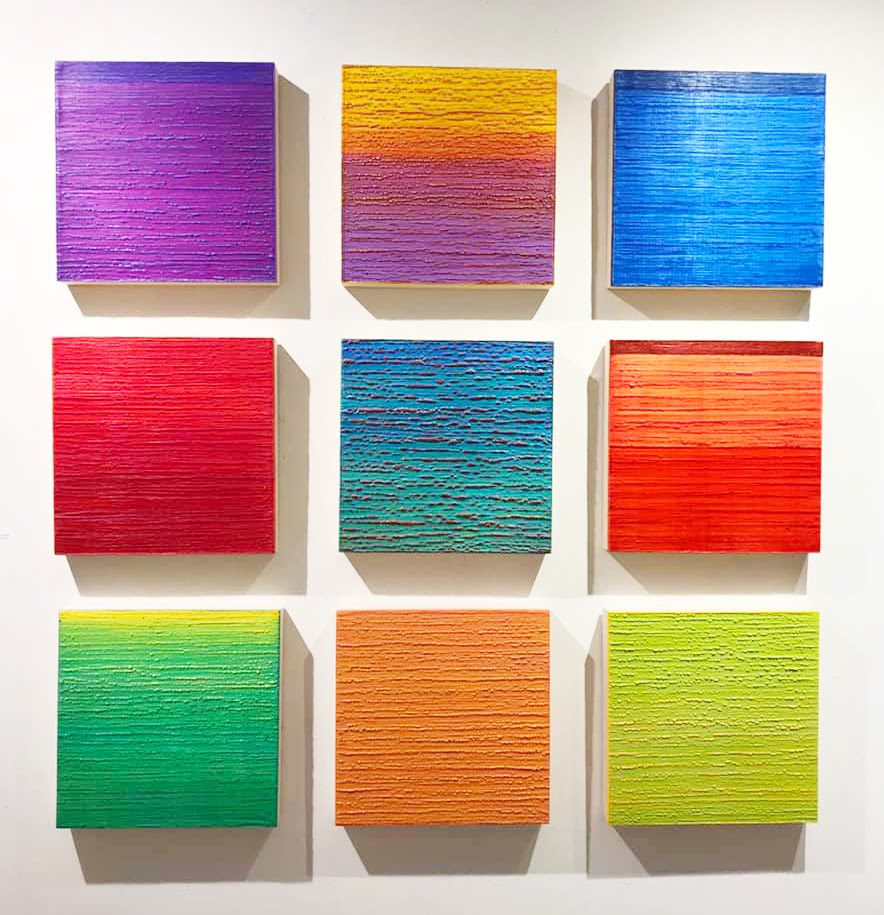 I was one of three artists in "Chomaticity" at Addington Gallery, with Alicia LaChance and Lisa Pressman. If you're in Chicago, head over to the River North Galleries, particularly Addington on N. Wells. Tell Dan Addington I sent you. Here, a grid of my "Silk Road" paintings. Click pic for more gallery info. Photo: Lisa Pressman

Frida Kahlo at the Brooklyn Museum 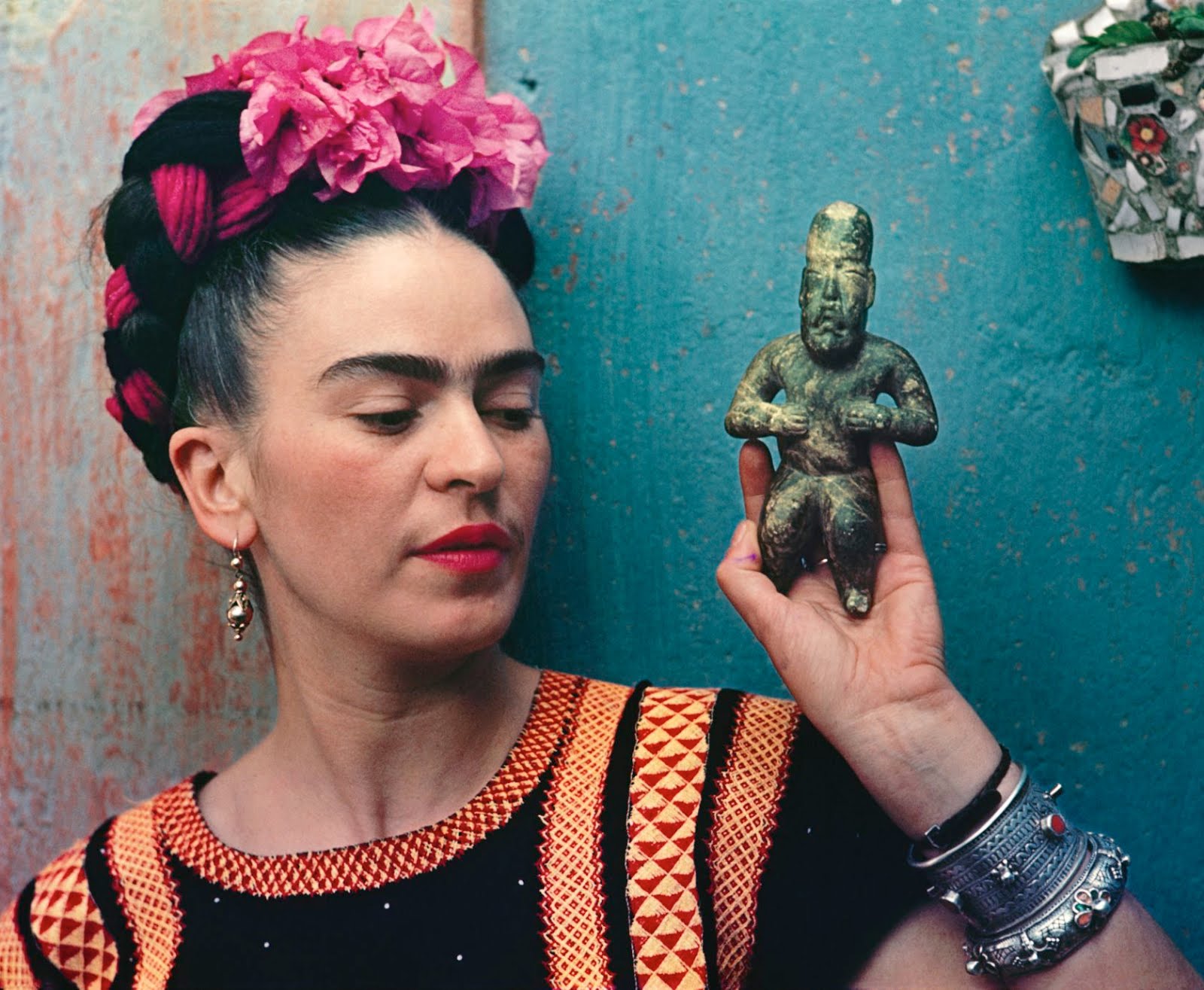 A walk-through of "Appearances Can Be Deceiving," the exhibition of the artist's paintings and objects at the Brooklyn Museum, part of my "Mothers of Invention" series. Click pic to open to the page 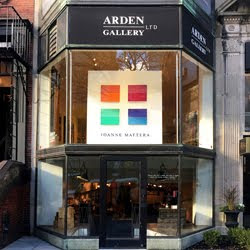 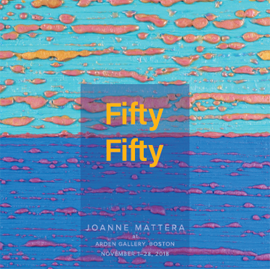 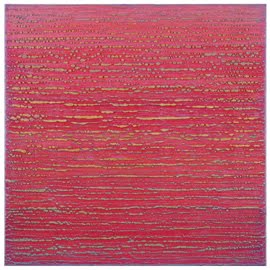 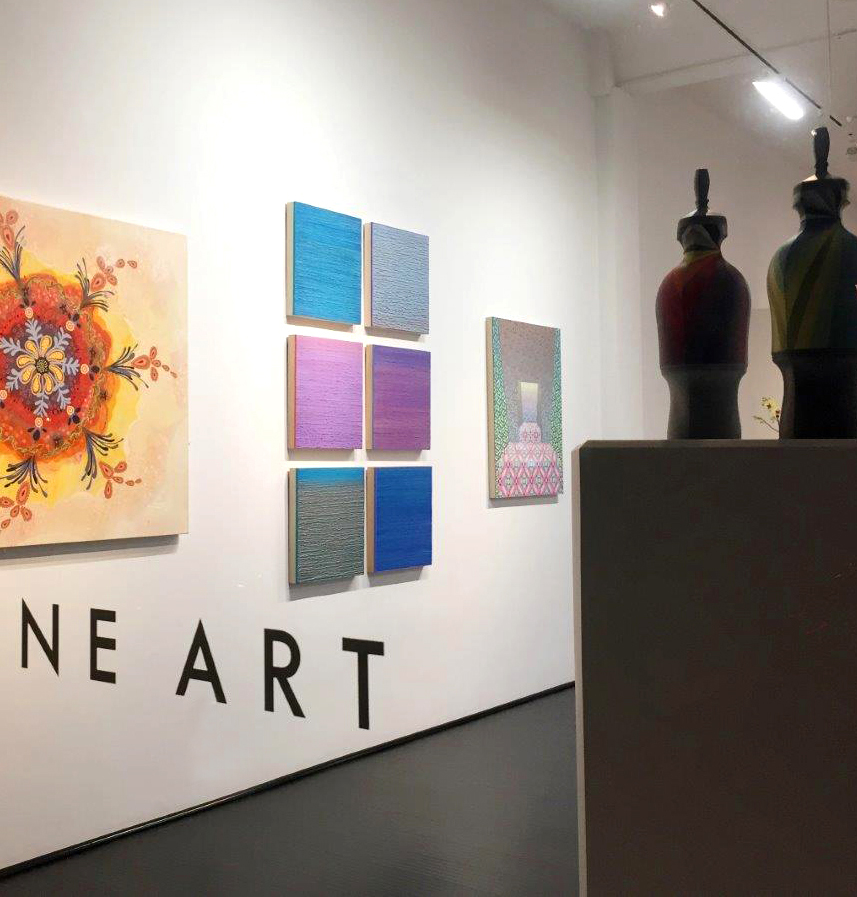 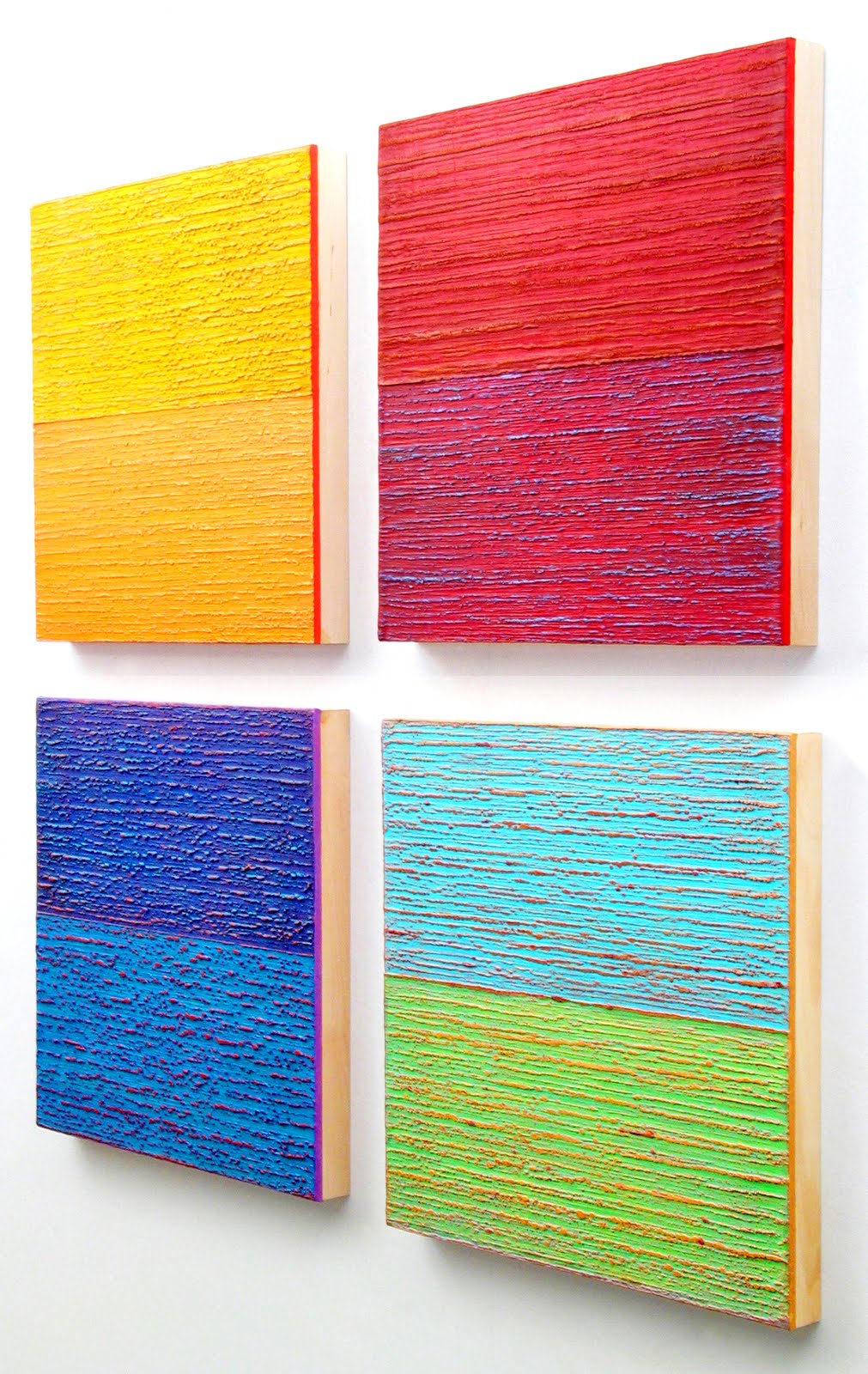 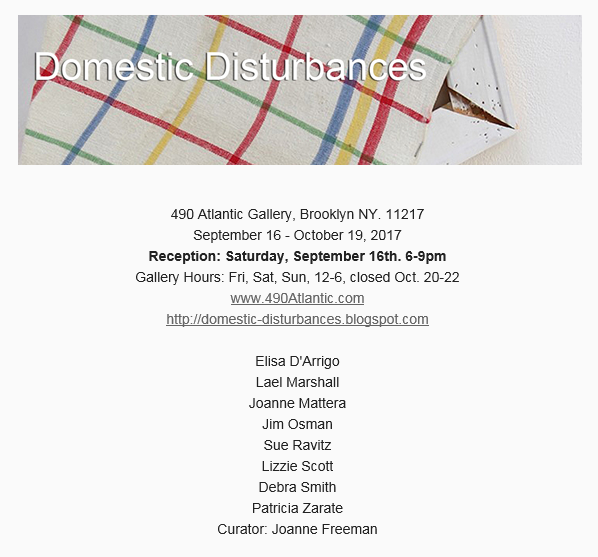 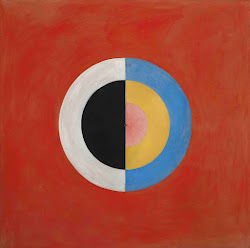 Hilma af Klint. Below: Links to all posts to date 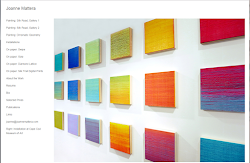 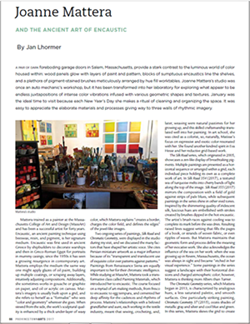 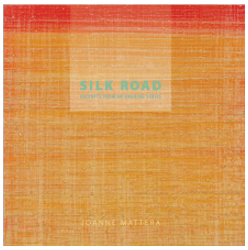 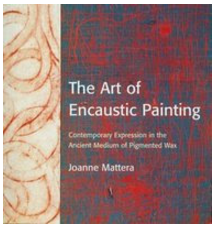 . . . and still the best! My book, "The Art of Encaustic Painting," was published by Watson-Guptill in 2001. It's the first commercially published book on contemporary encaustic. There are three sections: history, with images of the famed Greco-Egyptian Fayum portraits; a gallery of contemporary painting and sculpture (including the work of Jasper Johns, Kay WalkingStick, Heather Hutchison, Johannes Girardoni and myself), and technical information, including an interview with Michael Duffy, a conservator at the Museum of Modern Art. Click pic for more info